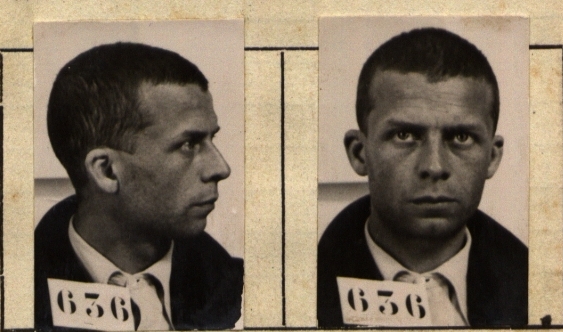 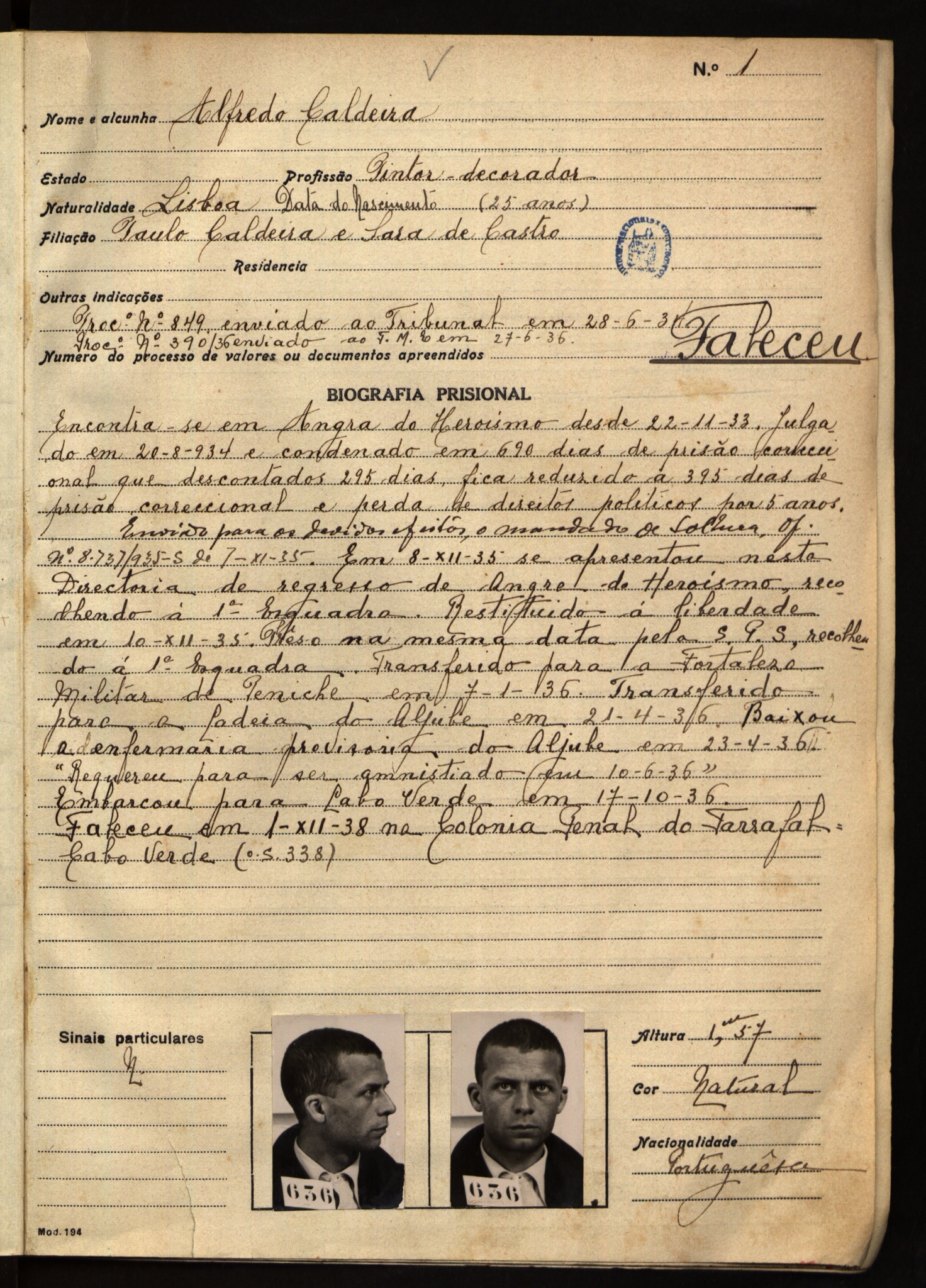 Alfredo Caldeira was born in Lisbon and both his father, Paulo Caldeira, and his brother, Heliodoro Caldeira, were arrested for political reasons.

A decorative painter, he joined the Portuguese Communist Party in 1931, at the age of 23. In 1932, he joined the leadership of the Lisbon Regional Committee, the Central Committee and the Secretariat, and also developed functions in the Revolutionary Organisation of the Navy (ORA). On a party mission to Algarve, he was arrested by the police on 27 October 1933, and placed in the Lisbon Penitentiary. From there, he was transferred to the Prison of Peniche, on November 20. Two days later, he was deported to the Fortress of Angra do Heroísmo in the Azores, where he learned that he had been sentenced by the Special Military Court to six hundred and ninety days in prison and the loss of political rights for five years. In December 1934, he was active in the prisoner’s struggle against the poor prison conditions of the Fortress.

Returned to his freedom on 10 December 1935, he was again arrested on the same day, and transferred, in January 1936, to the Prison of Peniche. In April, he went to the Prison of Aljube, where health problems led him to the infirmary and, in June, he requested to be amnestied.

He was part of the first group – of about 150 prisoners – to be installed in the newly established Concentration Camp of Tarrafal, in Cape Verde, in October 1936. Between 1937 and 1938, he was a member of the Secretariat of the Communist Prisoners’ Organisation of Tarrafal.

Weakened by the terribly unhealthy conditions, disease and the lack of medical care, Alfredo Caldeira contracted “blackwater fever”. It was in the so-called “slow death camp” that he died, in 1938, at the age of 30. “You will see that I know how to die like a revolutionary”, were his last words, addressed, on his deathbed, to the head of the Concentration Camp.