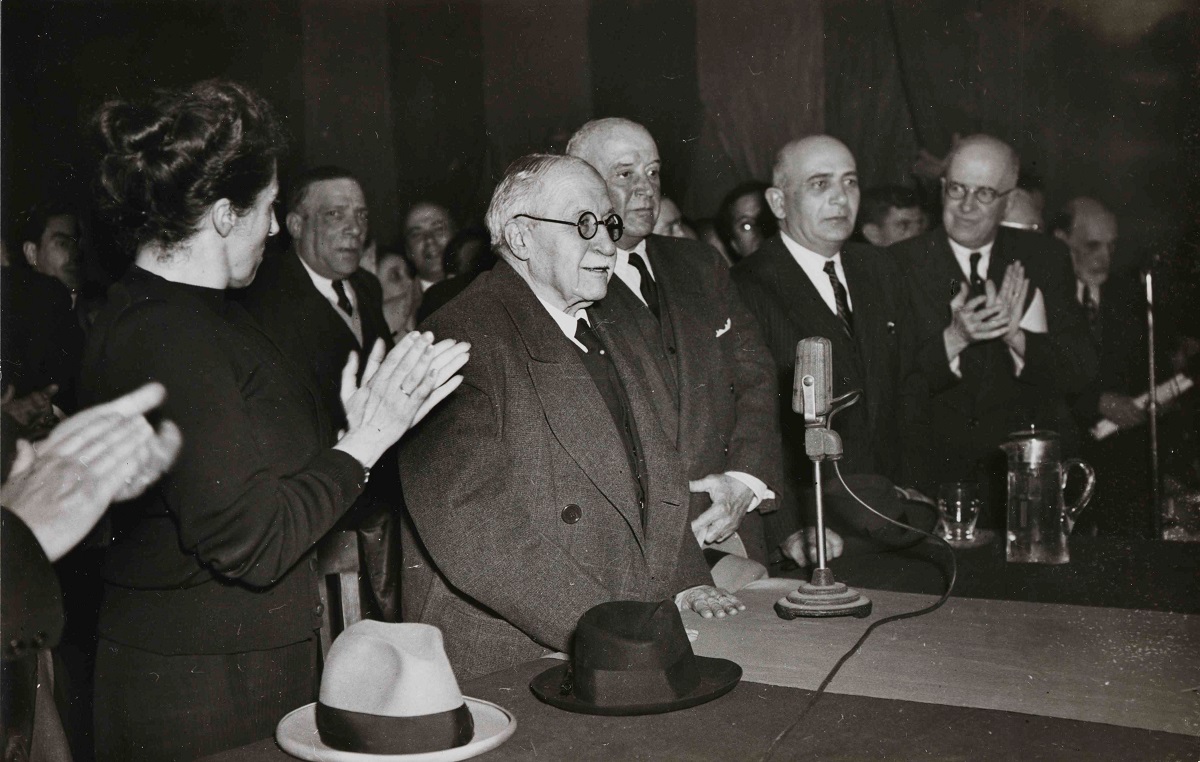 We remember today, the day that marks 58 years of Isabel Aboim Inglez death.

José Gomes Ferreira called it “The Indomitable”. Others, “The Woman Without Fear”.

Leader of the National Council of Portuguese Women, of the Portuguese Women’s Association for Peace, and of the Democratic Unity Movement (MUD) between 1946 and 1948. Isabel Aboim Inglez was the first woman to be part of the central committee of the MUD and was an active supporter of Norton de Matos, Arlindo Vicente and Humberto Delgado.

She was arrested for the first time by PIDE on December 13, 1946, and was released the next day, along with other members of the Central Committee of the MUD. Two years later, in January 1948, she was arrested again for distributing 1500 copies of MUD propaganda, being released two months later. The third arrest, made in the Plenary Court, as a witness for the defense of political prisoners, was due to the firmness with which he faced the presiding judge, who ordered her arrest for three days alleging “lack of respect for the court” and sending her for the Mónicas, a common prison from which she left saying that “she had even learned something from the other prisoners having done a sociological study there ”.

The regime’s repression of Maria Isabel Aboim lnglez was doubly ferocious, due to the arrest and withdrawal of livelihoods, when she was already a widow and mother of five children.

She was born in January 1902, in Lisbon. At the age of 20 she married Carlos Aboim Inglez and at the age of 34 she completed a course in Historical-Philosophical Sciences, at the Faculty of Arts of the University of Lisbon. In 1938, she founded Colégio Fernão de Magalhães on which she was Professor and Director. In 1941, she was offered a second invitation to teach at the University, staying as an assistant in Psychology and professor of Ancient Philosophy and History of Medieval Philosophy. She was teaching at the University when, in March 1942, her husband died. It was at this point that political persecution began: first at the Faculty and then at the College that would end in February 1949, following the role that Isabel Aboim Inglez had been assuming.

Forbidden to leave the country to teach in Brazil, in response to an invitation made in 1953, and without other means of subsistence, she opened a sewing workshop and started giving explanations. In 1961, her political rights were removed, and she was unable to integrate the lists of the Democratic Electoral Commission for Lisbon. The case received a response in the newspaper “República” in an article published on October 31, 1961 in which it read:

“[…] In my political opinion, Democracy is an ideal that we have to approach more and more through the achievements of the peoples’ firm will. The impulse of this constructive effort in history has in the motto of Kantian morals the expression of the intention that should animate it in order to achieve the ideal more quickly: ‘Treat humanity in yourself and in other men as an end and not just as a means’ . This means that the man demeaning and threatening other men demeans himself. ”

She never lost her civic and political conscience, the courage and dignity that are recognized by those who knew her. In July 1950, after the tribute to Bento de Jesus Caraça, Maria Lama would write about her: “Maria Isabel raised her prestige so high and was so dismayed, strong and dignified, that her example constituted an amazing lesson and will remain in the history of the struggle for democracy. It will also remain a proud title for all of us women! ”