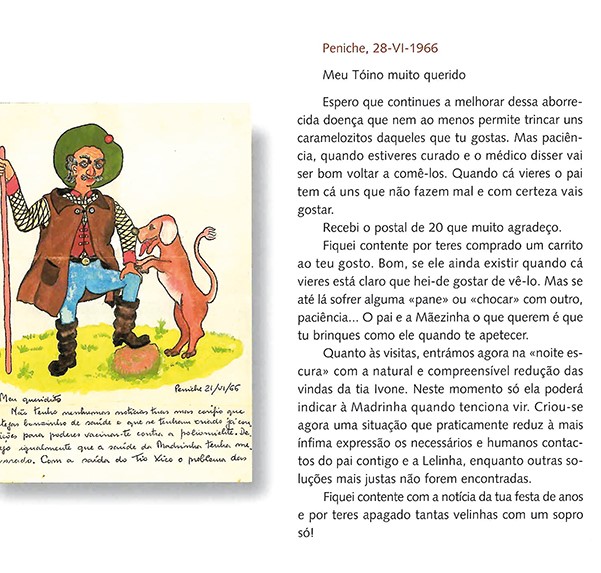 #Inthis father’s day we remember António Dias Lourenço and the letters he wrote to his son Toino when he was imprisoned in the Fortress of Peniche.

PIDE did not allow him to see his son shortly before his death at the age of 12 with leukemia.

They are small letters from a father for many years held behind the walls of the old and historic 16th century Fortress of Peniche, transformed by Salazar into the main link of the prison universe of the dictatorship. Small letters to a very dear son, from whom he was separated, and that leukemia reapered at the age of ten.

Image: Extracted from the book by António Dias Lourenço. “I miss you… have no tale! ” Prison Letters to my son Toino”, Edições Avante! [p.35]