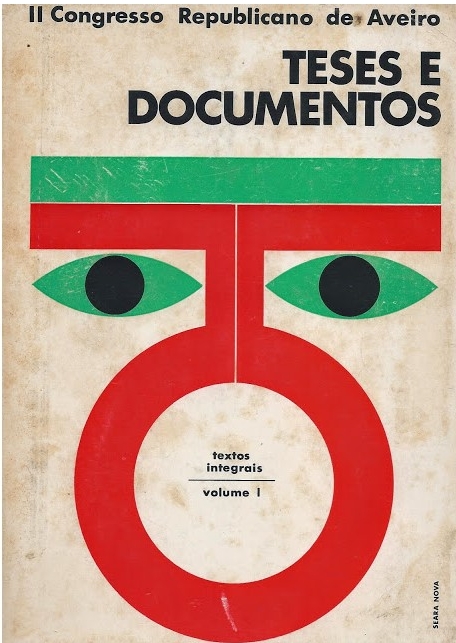 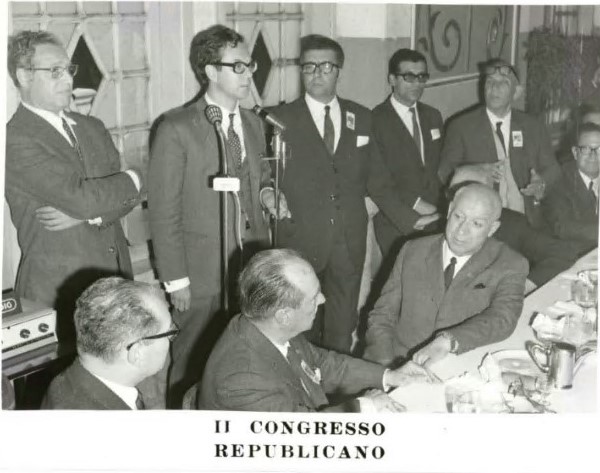 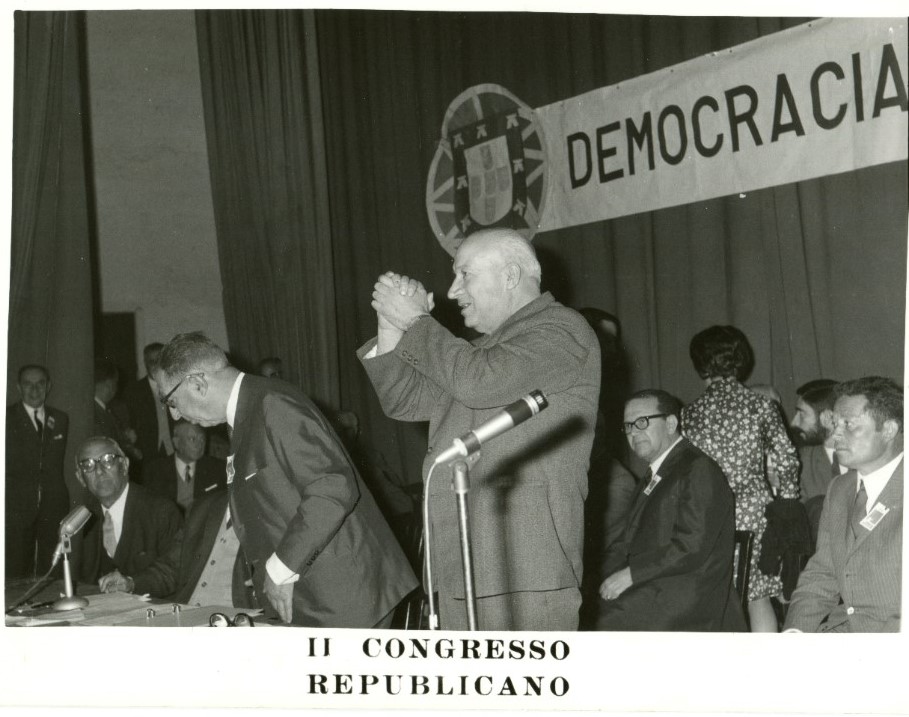 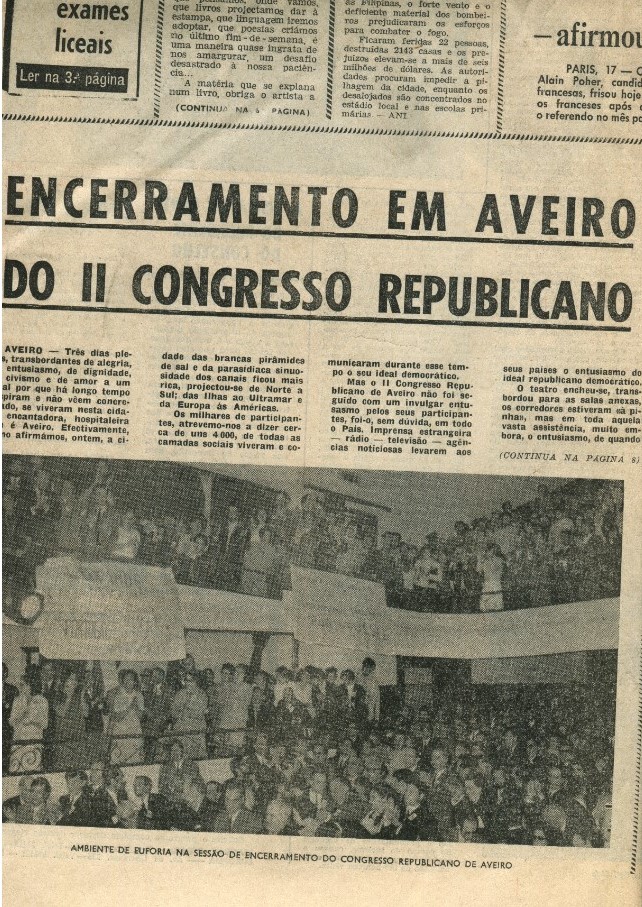 #inthisday May 15th 1969 the Second Republican Congress of Aveiro began

On May 15, 16 and 17, 1969, Teatro Aveirense hosted the II Republican Congress. Mário Sacramento, who died shortly before, had returned to be his great driver. The 1st Congress had been held in October 1957, preparing for elections for the Presidency of the Republic the following year. Also in 1969, there were historically defining moments. Marcelo Caetano had replaced Salazar in September 1968 and the October 1969 elections for the National Assembly were on the horizon.

The II Congress of Aveiro also meets under the sign of convergence, although the divisions that would erode the opposition’s unity were already visible, and in an environment of some expectation regarding the initial reformism of Marcelism. This timid opening generates opportunities, expectations, demands and will create conditions for an increase in the contestation and social pressure, so the dictatorship will rush to contain it.

The Congress has about 1500 participants and more than 60 theses are presented, as well as communications and messages from personalities such as Ferreira de Castro, Maria Lamas, Rui Luís Gomes or Aida Magro. Among the participants are Jorge Sampaio, Mário Soares, João Bénard da Costa, Virgínia Moura, Urbano Tavares Rodrigues, Emídio Santana or Óscar Lopes.

Equal rights for women, freedom of the press, an end to censorship, a new electoral law and free elections, the 1933 Constitution or even the colonial war, were some of the themes. In addition to the analysis and characterization of the economic, social and cultural situation, programmatic measures and the formulation of a socialist path for the Portuguese opposition were added.

Despite the signs of convergence from Congress and the effort to understand the democratic opposition outlined in São Pedro de Moel with the “Platform for Common Action”, unity breaks down and the opposition will appear divided in the 1969 elections in Lisbon, Porto, Braga. The Portuguese Socialist Action (ASP), some Catholics and monarchists are organized in the Electoral Commission for Democratic Unity (CEUD). Portuguese Communist Party (PCP), progressive Catholics and independent socialists meet in the Democratic Electoral Commissions (CDE).

The elections take place with the usual breaches of the law, repression, intimidation and police harassment. The limits of the Marcelist reform were clear and it was the end of illusions about any evolution of the regime.

The workers’ movement took off for a powerful demand wave, universities the tension and agitation will be total until the end of the dictatorship. The opposition, reflecting a world in rapid change, radicalized, armed struggle organizations emerged and Maoist and Marxist-Leninist organizations multiplied.

At the center of everything, the colonial war continued, which, as it became eternal, became the center of the crisis of the dictatorship and of all the debates, contestations and actions of the oppositions.

In 1973, again, in Aveiro, the III Congress of the Democratic Opposition was held, which, as a sign of the ongoing radicalization and the terminal crisis of the dictatorship, would be marked by the extremely violent police repression.

3 – O Comércio do Porto, May 1969. Documentation Center of the Aljube Museum Resistance and Freedom (Assets by Arlindo Vicente, donation by António Pedro Vicente)