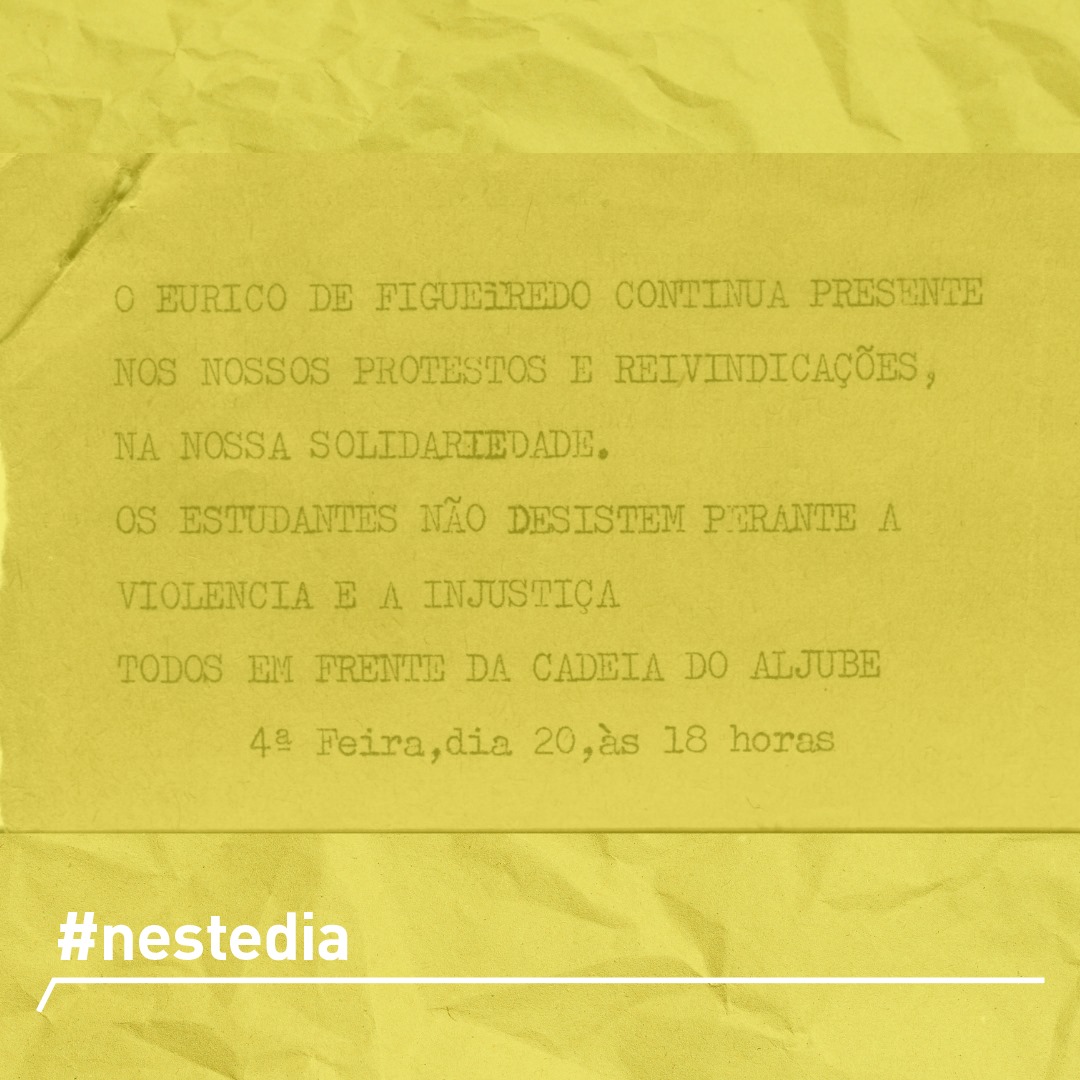 In the midst of the academic crisis of 1962, a demonstration of support for Eurico Figueiredo, a student leader imprisoned in Aljube, took place, on June 20th. It was there, by the jail, that the demonstration should have ended. But a riot police charge near the Cathedral disperses the students who headed downtown shouting “Freedom! Autonomy!”.

In that year of 1962, the student crisis intersected with several struggles, such as those in the fields of Alentejo. After two miners were killed at the end of April in Aljustrel, on the 1st of May in Lisbon, a 25-year-old young man, Estêvão Giro, is murdered by the PSP, by the way, very close to Aljube, in the Largo do Caldas area .

On May 9, the students gathered in the Cantina da Cidade Universitária began a hunger strike, an advanced form of struggle suggested by Eurico de Figueiredo. Days later, they were forcibly removed from there by riot police who carry out hundreds of arrests. On June 4, the police charged students and professors at the Faculty of Medicine.

On May 28, Eurico de Figueiredo was arrested. President of the Pro-Association Commission for Medical Students in Lisbon, he was appointed General Secretary of the RIA (Inter-Association Meetings), but he did not take office because he was expelled from the University of Lisbon.

The arrest of Eurico de Figueiredo in Aljube will motivate an important movement of student solidarity that will culminate in his release, after new demonstrations in which the police are again charging with violence and making new arrests.

Below we can see a document, donated by Artur Pinto to the Aljube Museum, alluding to the prison of Eurico de Figueiredo.

In the Documentation Center of the Aljube Museum, these and other assets referring to the 1962 crisis and the student struggles are available, as well as testimonies, not only by Artur Pinto, but by many other participants in the student movement in the 60s.