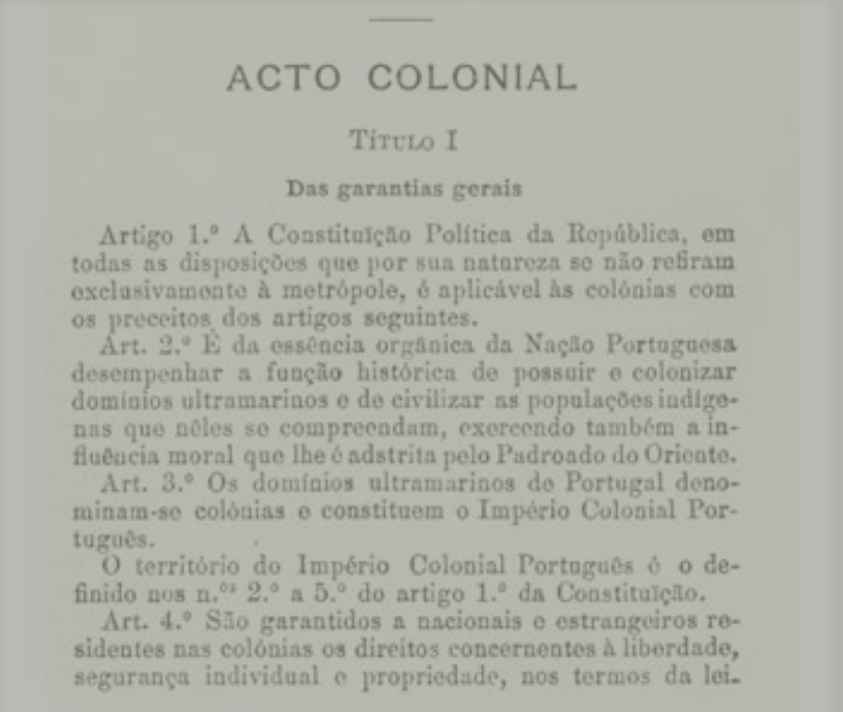 #Inthisday On July 8, 1930, the Minister of Finance of the Military Dictatorship, António de Oliveira Salazar, on his way to power, temporarily occupied the portfolio of the Colonies and promulgated the Colonial Act that would be incorporated into the Constitution of 1933.

That political and legislative instrument consolidated the “nationalist” orientations of the Military Dictatorship in colonial matters and, simultaneously, defined the direction of the colonial policy of what would become the Estado Novo: a centralist model of subordination of the interests of the colonies to those of the metropolis. It meant the adoption of a regime of political and administrative centralization controlled from Lisbon by the Minister of Colonies and the Government.
“It is of the organic essence of the Portuguese Nation to perform the historical function of owning and colonizing overseas domains and civilizing the indigenous populations,” Article 2. Together with the indigenous labor codes and the Indigenous Statute, the Colonial Act was a key piece of the new phase of the Empire, marked by intense imperial rhetoric and propaganda that would accompany the consolidation period of the Estado Novo.