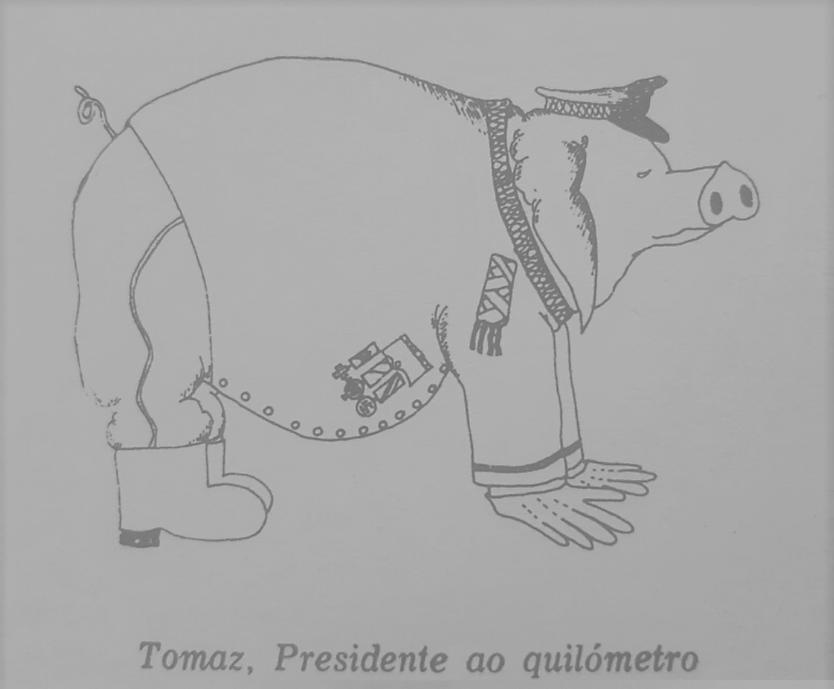 #Inthisday On July 11, 1972, the Revolutionary Brigades (BR) destroy fifteen Portuguese Army Berliet trucks that were destined for the colonial war, using explosives stolen from a quarry in Boliqueime, in the Algarve, a month earlier.
It was the first BR action to directly affect the colonial apparatus, and caused, according to the organization, losses of around fifteen thousand escudos.
Days later, after the reelection of Américo Tomás to the Presidency of the Republic on July 25, the BR launched two pigs dressed as Admirals in Rossio and Alcântara, in an allusion to the newly reelected Américo Tomás. Simultaneously, several pamphlets denouncing the electoral farce, defined as “a bigger farce and a piece of crap”, were distributed by blowing up petardos.
At a time when the opposition’s turn to armed struggle was directly linked to the colonial war, the political struggle was carried out not only with rifles and explosives, but also with humor.