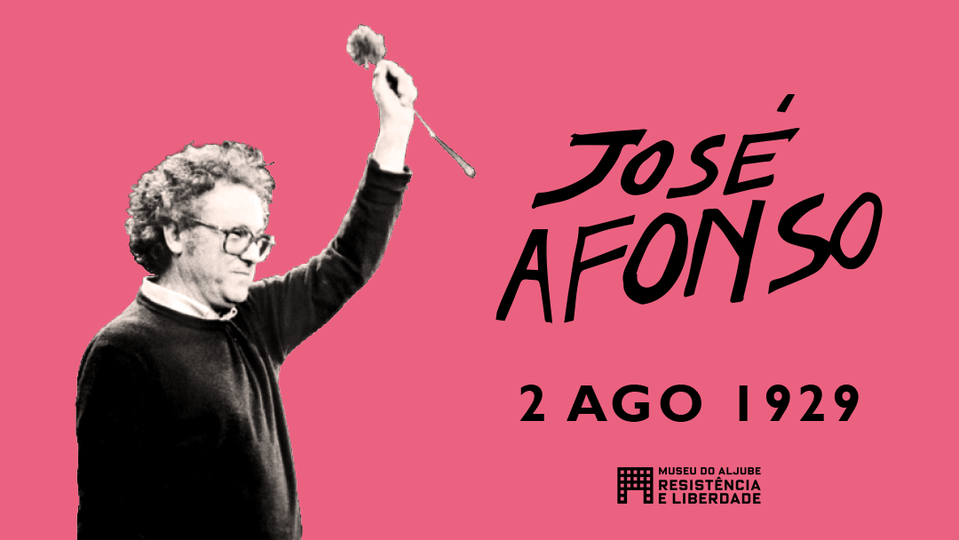 Poet, singer and composer, Zeca Afonso, recorded his first album “Fados de Coimbra” in 1956.
In 1967, he was working as a History teacher and, due to his opposition to the dictatorial regime, he ended up being expelled from teaching.
With more time to dedicate to music, in 1969 he edited “Contos Velhos Rumos Novos”, in 1970 “Traz outro amigo também”, in 1971 “Cantigas do Maio”, in 1972 “Eu vou ser como a toupeira” and in 1973 “ Venham mais cinco”.
His intervention became even stronger with the Marcelist spring, making political sessions with singing, despite the constant persecution he was constantly subjected to and, going against the austerity of censorship. Until, in April 1973, he was arrested by the PIDE, in Forte de Caxias, where he remained for 20 days.
He sang and delighted in popular fights at the time and performed in numerous singing sessions alongside Adriano Correia de Oliveira, José Jorge Letria, Manuel Freire, José Barata Moura, Fernando Tordo, José Mário Branco, among others.

«The 25th of April was a very strong light that illuminated everything, but a light that could touch, grasp. And it was such an intense light that when I became aware of the meaning of “Grândola” I was already deeply involved in the events.” José Afonso
We know Zeca Afonso as someone who gave voice to the resistance, but also as the “voice” of the Portuguese who, during the dictatorship and after the 25th of April, continued to sing his verses.

Through the walls of Aljube, echoes “Grândola, Vila Morena”, his hymn of utopia and liberation, which was also the password that, in the early morning of April 25, 1974, broadcast by Rádio Renascença, indicated that the military operations were proceeding as planned .

Today, as a way to honor him, we celebrate his birth.