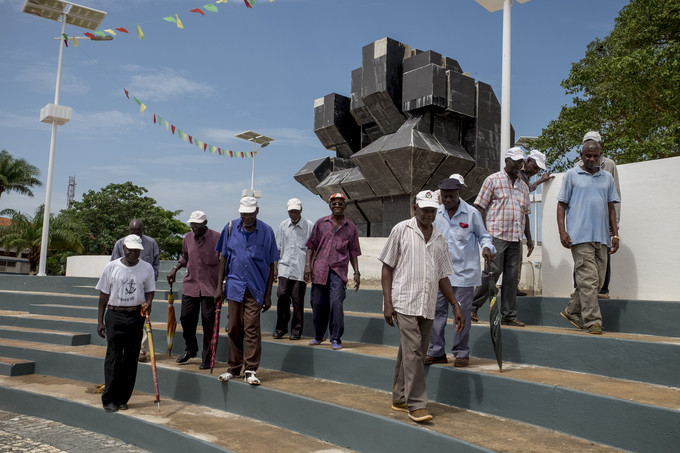 #Inthisday On 3 August 1959, sailors and dockworkers at the port of Pinjiguiti in Bissau, at the service of the then powerful Casa Gouveia, revolted and demanded better working conditions and an increase in wages. In response, they were violently repressed by the Portuguese colonial authorities, recording around 50 deaths and a hundred wounded.

This massacre was a crucial point for the organization of resistance to colonial power, thus forming the PAIGC – African Party for the Independence of Guinea and Cape Verde. An armed struggle took place in 1963, which resulted in the conquest of independence for Guinea-Bissau in 1973 and Cape Verde in 1975.

In honor of the victims of this massacre, a sculpture (a clenched hand) was built in the port of Pinjiguiti, called “Mão de Timba”, which means the hand of a swindler or person who contracts debts and does not intend to pay them.

Sérgio de Barros Godinho
#inthisday recalls people and events of resistance to the dictatorship and the fight for freedom.
31 of August of 2021