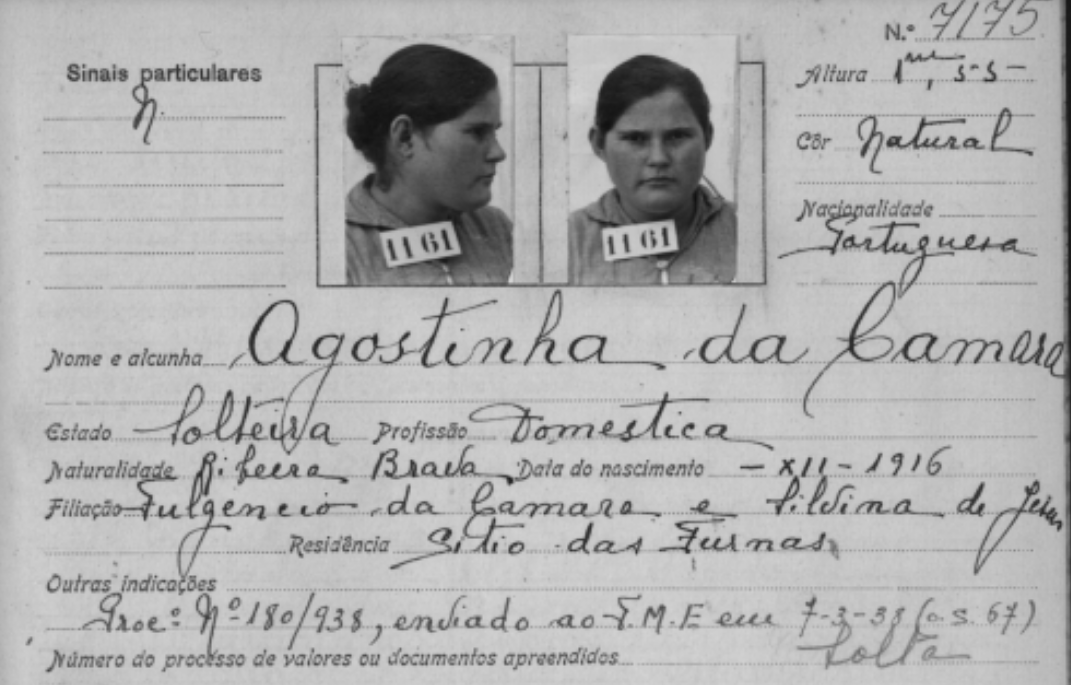 On August 6, 1936, the “Revolta do Leite” (Milk Uprising) took place in Madeira, a popular protest against a decree law that established a monopoly in the dairy industry, through the creation of the Junta Nacional dos Lacticínios da Madeira (JNLM). This law had devastating consequences for small producers, such as a significant reduction in the value offered for milk, the closure of many skimming stations (about 800) and the consequent increase in unemployment.

The situation became untenable and protests began in various parts of the island, mainly in Faial, Ribeira Brava, Machico and Funchal, which lasted for more than a month, resulting in 557 arrests, 7 deaths and an undetermined number of wounded.
Due to overcrowding in the Madeira prison, 53 prisoners are sent to the Angra do Heroísmo Depot. Detained for about ten months in Madeira and Terceira, the prisoners are listed according to their “degree of dangerousness” and sent in June 1937 to various prisons on the mainland. The most “dangerous” go to Peniche. And ten women, all from the municipality of Ribeira Brava, go to the Mónicas jail in Lisbon, they are: Ludovina de Jesus da Corte, Agostinha da Câmara, Francisca Andrade, Maria de Jesus Silva, Maria Rosa de Abreu, Maria de Jesus Andrade, Conceição da Câmara Rodrigues, Tereza da Corte, Virgínia de Jesus and Maria de Souza.
All the prisoners sent to the Continent were detained between 2 and 3 years, and the Special Military Court that “judged” them, attributed their prison time as a penalty.

On this subject we suggest the book “A Revolta do Leite – Madeira 1936” by João Abel de Freitas.