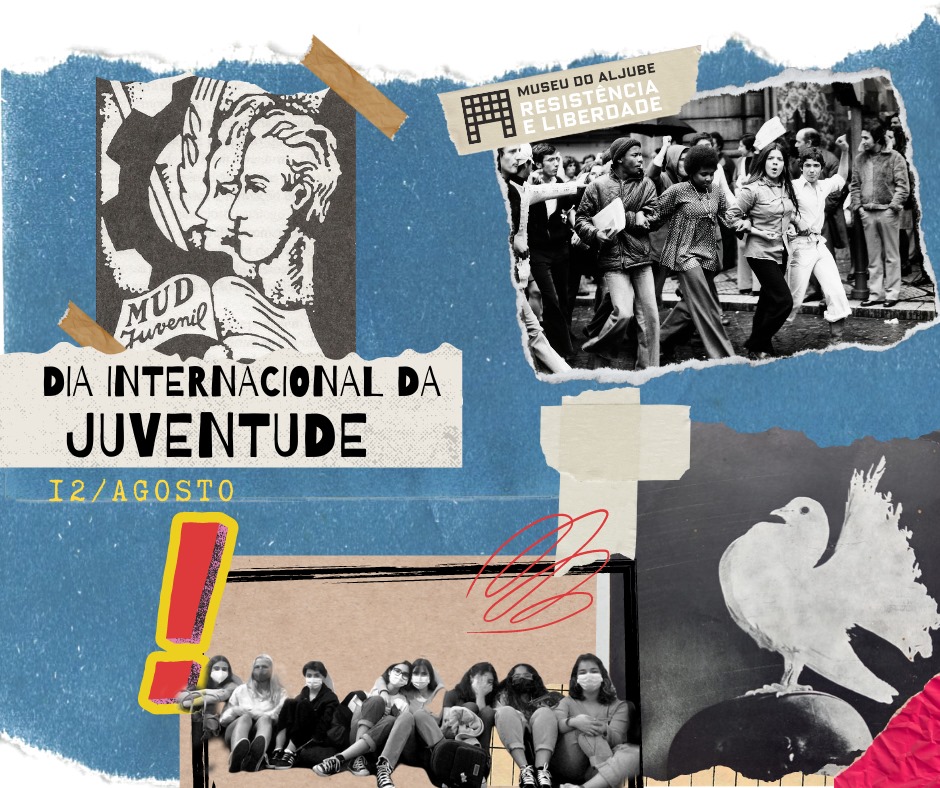 Young people at all times have fought for freedom, democracy and their rights. The MUD Juvenil, founded in 1946, developed important actions to fight against the dictatorship, thousands of young people have energized strikes and student protests, organized youth weeks, and collected support for the Manifesto to the Youth.
All this under the harsh persecution and repression of the regime, many of its elements were imprisoned, namely in the cells of the Aljube.
During the dictatorship many were the young people arrested, some of them minors.
Arrested for the first time at the age of 17, on January 27, 1971, following the fraudulent elections in 1969, Eugénio Ruivo was subjected to torture, and he shared with us a heartfelt testimony about his experiences. In order to pay the bail for his release, he sought out Zeca Afonso, who suggested selling postcards with the drawing of the dove of peace as a way to raise solidarity funds.

On the back of the postcard it could read:
“Minimum platform:

In 1974 many young people who participated in the conquest of the values of freedom and democracy.

Educaljube – Educational Service of the Aljube Museum Resistance and Freedom, is a space of education for human rights and the defense of democratic memory. We challenge everyone to critical reflection and to approach memory as cultural heritage and construction of common identity. The questioning and critical spirit are part of our daily life, the appreciation of freedoms, rights, and guarantees is a daily practice in our activity, the commitment to a culture of dialogue and understanding is one of the reasons for our existence. Education for citizenship is in our origin, in our identity, and in our practice! Join us!