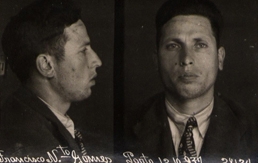 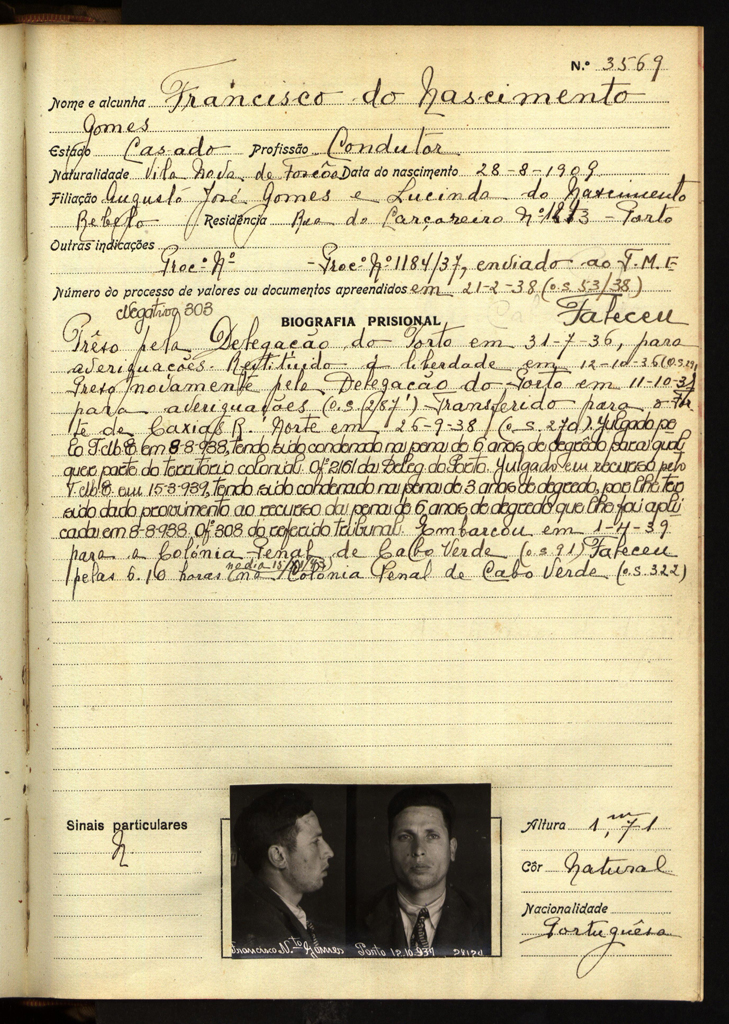 Francisco do Nascimento Gomes, born in Vila Nova de Foz Côa, was a tram driver in the city of Porto. He was arrested by the Delegation of Porto of the Surveillance and State Defence Police (PVDE) on 31 July 1936, for enquiries, and was released about two and a half months later. The following year, on October 11, he was arrested again by the same delegation for further enquiries. Tried by the Special Military Court, on 8 August 1938, he was sentenced to six years of banishment in any part of the colonial territory. On 26 September 1938, he was transferred to the northern stronghold of the Prison of Caxias. As a result of his appeal to the Special Military Court, tried on 15 March 1939, his sentence was reduced to three years of exile, so he embarked on April 1 of that year for the Concentration Camp of Tarrafal, in Cape Verde. Despite this reduction in the period of exile, the PVDE kept Francisco de Nascimento Gomes detained in the Tarrafal for four years and eight months, until his death in 1943, at the age of 34. Between May and July of that year, he spent two months in solitary confinement in the so-called “frying pan” which, in addition to the lack of medical care and poor health and hygiene conditions, left him in an increasingly fragile state of health.