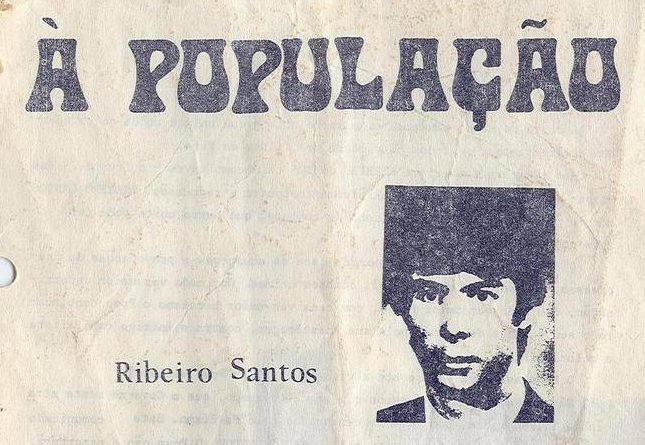 Started in the political issues while still a student at the Pedro Nunes High School, José António Leitão Ribeiro Santos continued this political and associative activism in the Faculty of Law, being a member of the Student Association and the group of law students «Dare to Fight, Dare to Win» directed by the MRPP. The first reference in the PIDE archives is in 1967, for participating in the movement to support the victims of this year’s floods. In 1969, Ribeiro Santos was suspended for interrupting the frequencies and, shortly after, the Ministry of Education ordered the termination of the Association. #Inthisday, on October 12, 1972, during a meeting of students at the premises of the Institute of Economic and Financial Sciences of Lisbon (now Instituto Superior de Economia e Gestão – ISEG), students report on the presence of what they believe to be an agent of PIDE, which is taken to the office of the Director of the Faculty, to be identified.

The PIDE is contacted and two agents are headed to ISCEF. Vítor Manuel Lopes, the agent found by the students, was already in the amphitheater, being questioned. The agents say they do not recognize the colleague, who insist on taking it anyway. Among the students, a group advances in the face of confirmed political police officers. Punched, agent António Gomes da Rocha empties the charger of his revolver. Ribeiro Santos is shot and ends up dying already in the hospital. That same night, 300 students gathered at the Instituto Superior Técnico approved the stoppage of the university and the mass funeral. Hundreds of students participated, to which popular people join. There was no trial and the PIDE agent who shot him was one of those who escaped from Alcoentre prison in 1975.