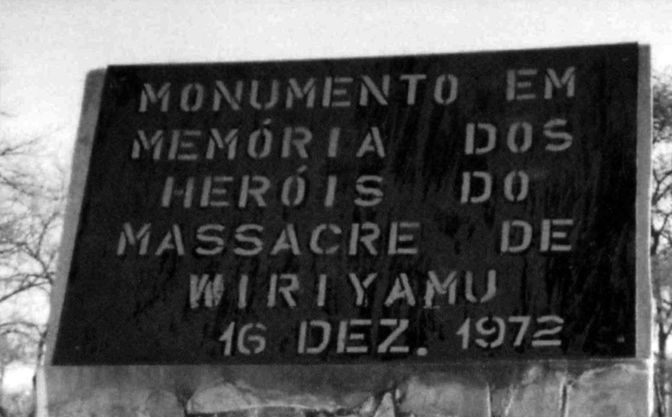 #Inthisday December 16, 1972 took place one of the most selvático episodes of Portuguese colonialism, known as the “Wiriamu Massacre”. An operation, with the code name “Marosca”, which involved aviation, command elements and PIDE/DGS agents, took place in the Tete area of northern Mozambique, targeting five villages: Wiriamu, Juwau, Djemusse, Riacho and Chaworha.

After bombs were dropped on the village of Wiriamu, the Commandos took action and barbarism followed. The morticinium would extend to these four villages along the Zambezi River in various and inmaneways. Hundreds of people are slaughtered, including women and children. Many are enclosed inside the vats where they die charred by the action of incendiary grenades, others are simply shot. Soldiers destroy “palhotas”, infrastructure and villages, saque property, open fire on people whose bodies are then placed, with some alive in the middle, on funeral pyres to be consumed by fire.

385 people died, about a third of the 1,350 inhabitants of the five villages. The list of the victims and the account of the events are determined by Domingo Kansande and Father Domingos Ferrão who makes the information available to Spanish and Dutch priests. The massacre was reported by the British priest Adrian Hastings in the British newspaper “The Times” on July 10, 1973, days before Marcelo Caetano’s visit to London. The case would also reach the United Nations.

The episode reflects how the anticolonial struggle had nuances and other protagonists other than those fixed in official narratives. In this case black Mozambican priests, Spanish or Dutch, who made their contribution to the struggle for the liberation of the populations.

Officially, Portugal never took over, in this episode that the Museum of Aljube Resistance and Freedom recalls, evoking the victims.