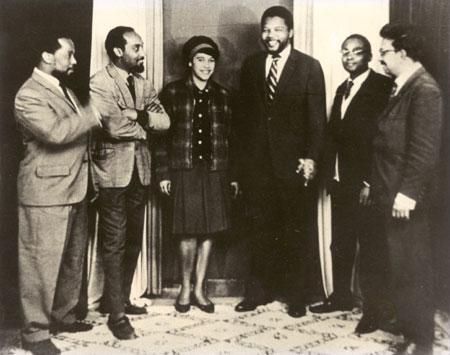 In December 1957, in Paris, several nationalists from the Portuguese colonies studying in Europe gathered to analyze the evolution of the anticolonial struggle. From this meeting will leave the foundation of the Anti-Colonialist Movement (MAC), gathering activists linked mainly to the House of Students of the Empire and also to the Juvenile MUD, the PCP or the African Maritime Club. The MAC has organic relations with a group based in Paris (Mário de Andrade, Marcelino dos Santos and Aquino de Bragança) and another in Germany (Viriato da Cruz, Carlos Horta and Luiz de Almeida). In addition to those mentioned, the Movement also had the participation of Agostinho Neto, Edmundo Rocha, Lúcio Lara, Amílcar Cabral, Carlos Pestana, Guilherme do Espírito Santo or Iko Carreira.

The activity of the MAC will be ineffective in Portugal and will develop mainly abroad. At the Second Conference of African Peoples, held in Tunis in January 1960, the international presentation of the MAC is finally made. However, this is also the occasion that marks its dissolution, giving way to the African Revolutionary Front for the National Independence of the Portuguese Colonies (FRAIN).

Despite its brief existence, the MAC gave an important impetus and theoretical support to the anticolonial struggle, having been a landmark of the pan-Africanist unit. The Manifesto of 1957 was constituted as a program of action and a common strategy for the liberation movements of the Portuguese colonies, being considered by Amílcar Cabral “the preface of our struggle, the general line of the struggle that we are currently victoriously fighting against portuguese colonialism”.