Antifascist, founder of the Revolutionary Brigades (BR) and the Revolutionary Party of the Proletariat (PRP), Carlos Antunes was born in São Pedro (Braga) in 1938. In 1955 he joined the Portuguese Communist Party (PCP), going underground four years later. In 1963 he went to Romania, where he joined “Rádio Portugal Livre”, and in 1966 he moved to Paris where he was responsible for the organization of the PCP and for the foundation, in 1969, of the Committees of Aid to the Fight of the Portuguese People.

Issues related to the invasion of Czechoslovakia, the colonial war and the defense of armed struggle lead him to break with the PCP and found the Revolutionary Brigades (BR) with Isabel do Carmo, returning illegally to Portugal and organizing and participating in various actions armed forces against the regime, namely against its military apparatus and infrastructure. One of these actions took place in July 1971, when two pigs in admiral’s clothes left Lisbon, alluding to the electoral fraud that re-elected Américo Tomás.

In 1973, a split on the Patriotic Front for National Liberation led to the creation of the Revolutionary Party of the Proletariat (PRP).

He directed with Isabel do Carmo the newspaper “Revolução”, spokesman for the PRP-BR, which was published between 1974 and 1977, and the newspaper “Página Um”, a publication similarly close to the PRP, published from 1976 to 1978.

In 1978 Carlos Antunes and Isabel do Carmo, among other PRP activists, are arrested and charged with various crimes / armed actions and bank robberies. After several years of pre-trial detention, a first conviction, protests and hunger strikes would eventually be absolved after trial and released in 1982.

To family and friends, the Aljube Museum Resistance and Freedom presents the most heartfelt condolences. 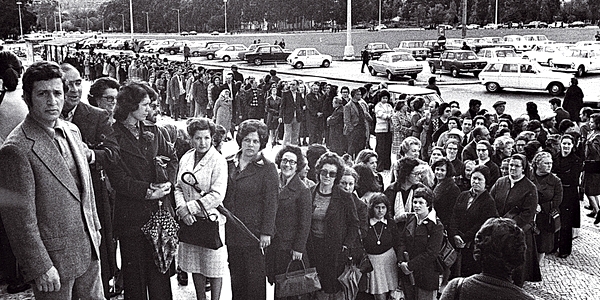