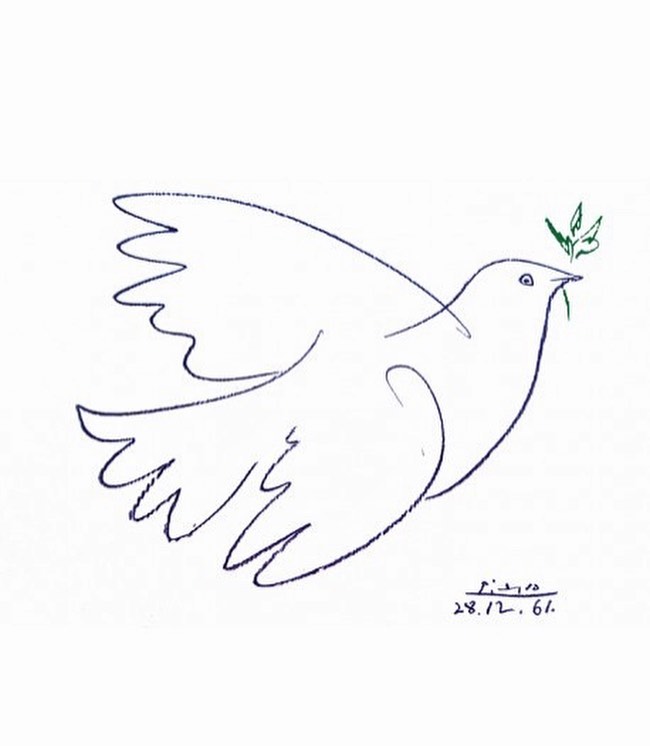 #Inthisday October 25, 1881 was born Pablo Picasso in the city of Malaga, but spent much of his life in France.

Painter, sculptor, ceramist, set designer, poet and playwright. Picasso, Matisse and Duchamp are considered the three artists who most made revolutionary developments in the visual arts in the early decades of the 20th century, responsible for important advances in painting, sculpture, engraving and ceramics.

One of his most striking paintings is “Guernica”, which depicts the bombing on April 26, 1937 by German planes in this city of the Basque Country. Franco asked for support from Hitler and Mussolini, who put into practice modern techniques of war on civilians. The bombing of Guernica was the first complete destruction of a civilian city in European history by aerial bombardment.” Guernica” is a painting of the violence, brutality and horror of war. It is said that during a search of his home in Paris, a Nazi officer observed a photograph of the mural “Guernica” on the wall and, pointing to the image, asked: “Did you do this?” And Picasso replied, after a second of reflection, “No, you did it.”

Picasso joined the French Communist Party (PCF) in 1944, but even before, during the Spanish Civil War, he left numerous samples, artistic and personal, of personal support to the Republic.” Dove of Peace” a series of drawings created by Picasso to symbolize peace in the post-World War II. In April 1949, the World Congress for Peace was held in Paris. Among the participants, in addition to Picasso, were the French physicist Frédéric Joiot-Curie, the French surrealist writer Louis Aragon, the French philosopher Jean-Paul Sartre and the Chilean poet Pablo Neruda. In the 1960s, he increasingly styled his design to represent the Dove for Peace, and added an olive branch to the beak.