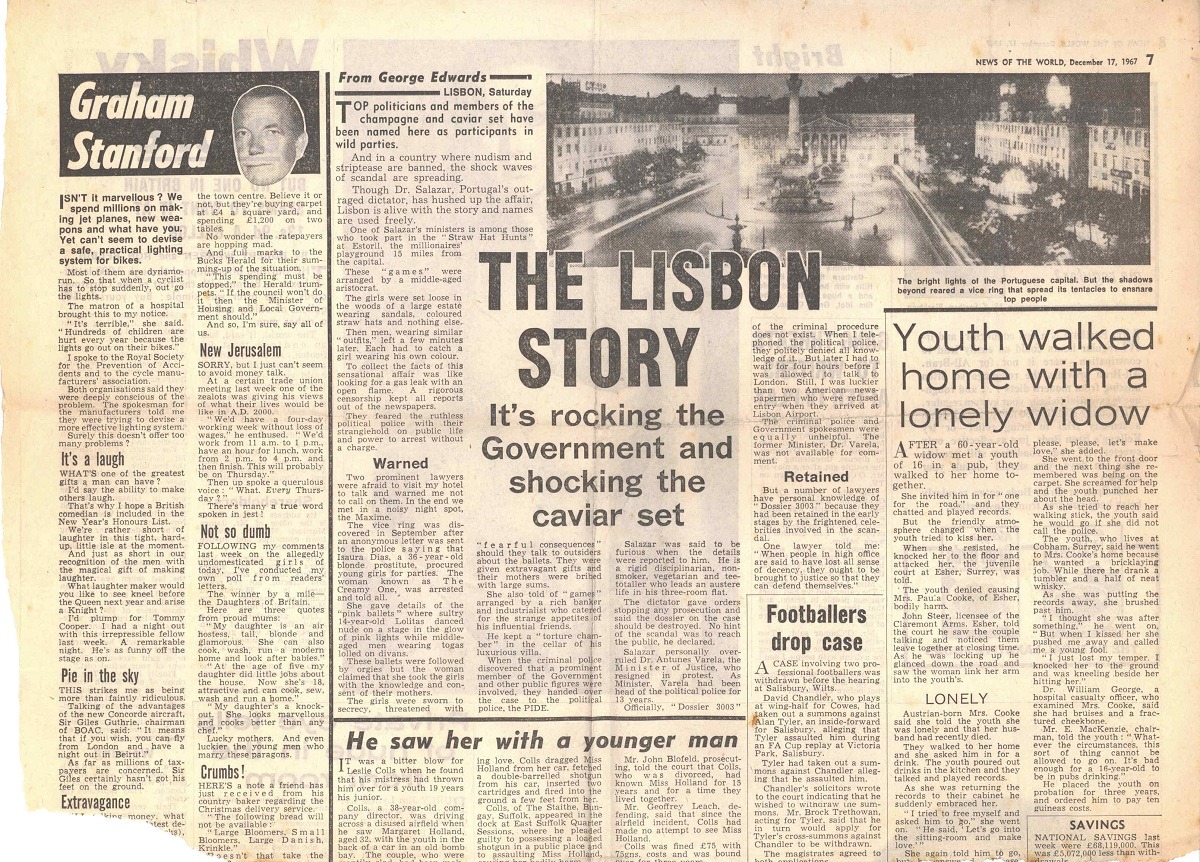 #Inthisday December 10, 1967 the Catholic and Puritan Portugal of dictatorship, soft customs is shaken by news in the British press about a heinous scheme of pedophilia, prostitution and abuse of minors involving high figures of the “Estado Novo”: the “Rose Ballet” case.

The Judicial Police, closely monitored by the PIDE, investigates a prostitution ring that had been operating since the early 1960s and on which rumors have been circulating, involving minors, including children at the age of nine and ten, usually coming from the poorest areas of the country. The regime, from Salazar himself to the director of PIDE, Silva Pais, will do everything to stifle the case at the highest level in order to avoid a scandal involving high individualities of society and the regime. The Minister of Justice Antunes Varela will resign in protest against the cover-up of the corruption scandal of minors that Salazar silenced, expelling and prohibiting foreign lawyers and journalists from entering the country.

The Portuguese Mário Soares, Francisco Sousa Tavares and Urbano Tavares Rodrigues are arrested for three months for their involvement in the denunciation of this scandal, leaving in freedom in March 1968. Mário Soares, accused of spreading false news about Portugal abroad and being the source of the news of international periodicals, is arrested in December 1967, spending Christmas in isolation in Caxias jail, followed by deportation to São Tomé.

Among those involved in the sex scandal are ministers from Salazar’s government, military, major businessmen linked to industry, banking and high finance, members of the aristocracy or the Church. The investigation in few practical results translates and the case ends without the conviction of the main and most notorious perpetrators, leaving uncomlumes the high figures of the Estado Novo.

The false moralism of the dictatorship thus hid a sordid scheme of sexual abuse of minors, and this case is revealing, even today, how erroneous is the narrative of the regime intact and incorruptible.