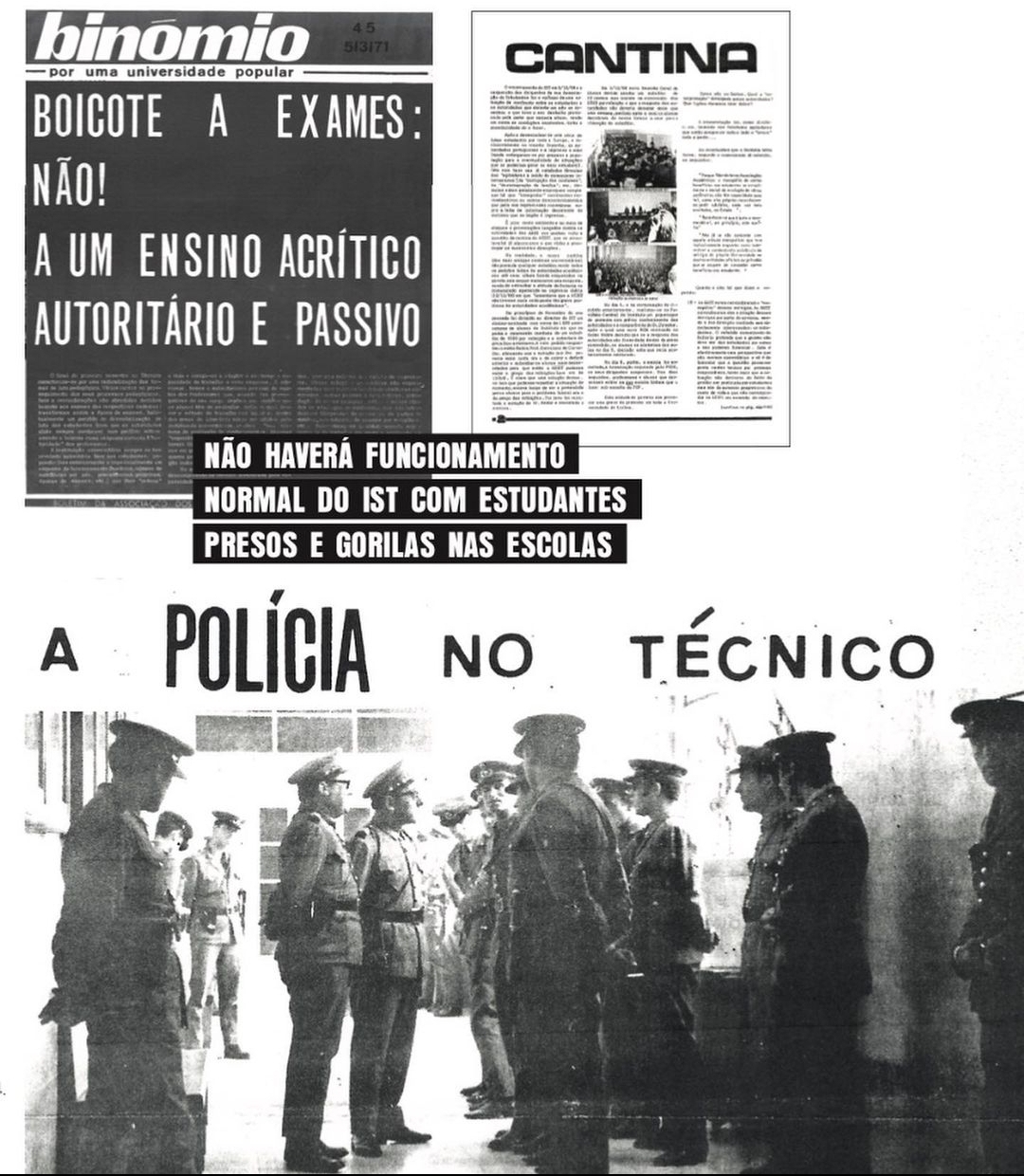 Under the influence of youth and student struggles around the world, and especially in May 1968 in France, associated with the growing malaise and rejection of the colonial war, student mobilizations in portuguese universities intensified.

To this mobilization, Marcelo Caetano responded with a strong violence and repression: closures of student associations, suspensions and disciplinary proceedings, police charges, arrests, militarization of the university with police entrance inside the premises, in disrespect for university autonomy.

In December 1968, the political police invaded the Student Association of the Instituto Superior Técnico (IST), seizing documents and identifying students. The Association and IST would be terminated until the end of the holidays, the Board suspended and several students subject to disciplinary proceedings.

The following year the fight would focus on Coimbra and universities would quickly plunge into an explosive situation, especially in Lisbon, with the closure by the police of several student associations, the placement of so-called “gorillas” in universities, the murder of Ribeiro Santos or the invasion by the riot police of the Instituto Superior de Ciências Económicas e Financeiras (ISCEF) and again IST, closed again in 1972.

In November 2019, the Aljube Museum received the presentation of the book “Student activism at IST (1945-1980)” organized by Luísa Tiago de Oliveira, where we can read about this and many other struggles.