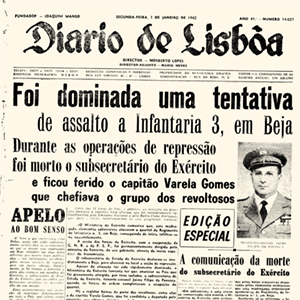 On the last day of the year of 1961, under the impulse of the typhoon “delgadista” and, still in the background, a colonial war decided in the offices of the dictator Oliveira Salazar, some fearless men thought of begining the liberation of the country with the “Assault of the Beja Barracks”. Raul Zagalo was one of them.