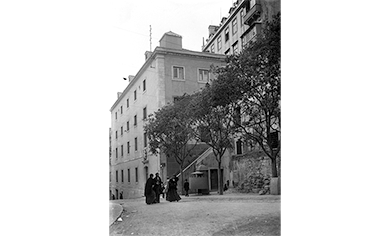 Abílio Sousa Marques was born in 1911, in Caldas da Rainha, where he lived.

His prison biography tells us that in August 1936, he was incommunicado to a police station, having been transferred a month later to the 1st police station.

He arrives at the Aljube in October, going up to the infirmary a few days later. There he stayed for a month, until he was transferred on November 16 to the S. José hospital. He died in Curry Cabral on January 1, 1937. On the verge of turning 26 years old.