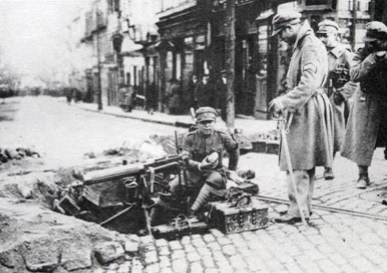 The exhibition “Emídio Guerreiro, 120th anniversary of his birth. Born in Guimarães, a citizen of the world” was inaugurated at the Artistic Association of Mutual Help of Guimarães (ASMAV) in Guimarães on September 6, 2019, in the 120th anniversary of the birth of Emídio Guerreiro. It portrays, in a simple narrative directed to the general public, the life of a freedom fighter, from the republican period until the 25th of April 1974.

Next Friday, September 18, at 6 pm, it will be presented here, at the Aljube Museum Resistance and Freedom and, can be visited by the public from September 19 to November 1, 2020.