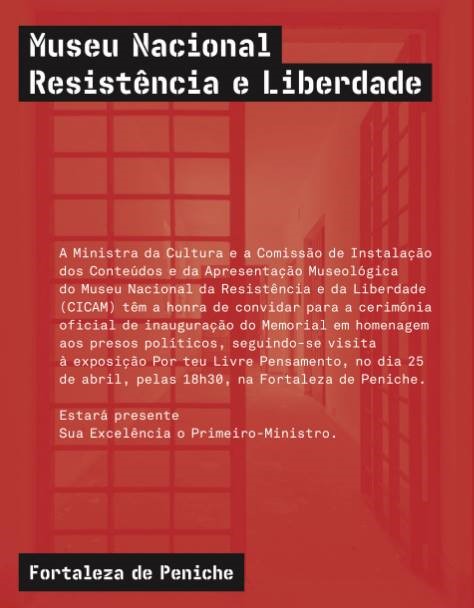 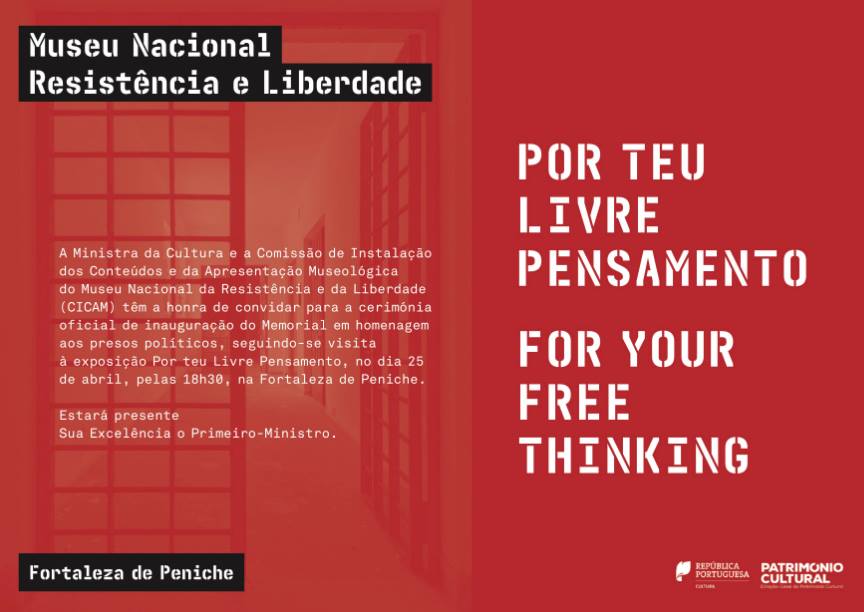 On April 25, at 6:30 p.m., with the presence of the Portuguese Prime Minister will be inaugured – in the Fortress of Peniche -, the Memorial of the former political prisoners of Peniche. First step that will lead to the integral inauguration of the future National Resistance and Freedom Museum.

The Aljube Museum Resistance and Freedom  is associated to the event with words of complete joy.